John and Renée Grisham Writers in Residence are emerging writers selected on the strength of their writing and provided with lovely housing in walking distance of campus. They teach one class each semester and are provided ample writing time. They have no official duties but frequently become involved in our close-knit MFA community. There is no application for Grisham Writers in Residence; they are selected by internal nomination only.

It is with great joy that we announce the 2022 Spring Grisham Writer-in-Residence: Raven Leilani! 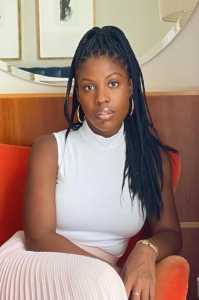 Raven’s debut novel, Luster, is out with FSG. Her work has been published in Conjunctions, The Cut, and New England Review, among other publications. Represented by Ellen Levine @ Trident. You can reach her at @RavenLeilani on Twitter and http://instagram.com/raven_leilani on Instagram.

We our incredibly delighted to announce the 2022 – 2023 Grisham Writer-in-Residence: Deesha Philyaw! 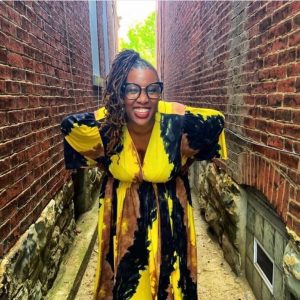 Deesha Philyaw’s debut short story collection, The Secret Lives of Church Ladies, won the 2021 PEN/Faulkner Award for Fiction, the 2020/2021 Story Prize, and the 2020 LA Times Book Prize: The Art Seidenbaum Award for First Fictionand was a finalist for the 2020 National Book Award for Fiction. The Secret Lives of Church Ladies focuses on Black women, sex, and the Black church, and is being adapted for television by HBO Max with Tessa Thompson executive producing. Deesha is also a Kimbilio Fiction Fellow.

Navigating the list below will take you to the bios, blogs, or bibliographies of present and past Grisham Writers in Residence: