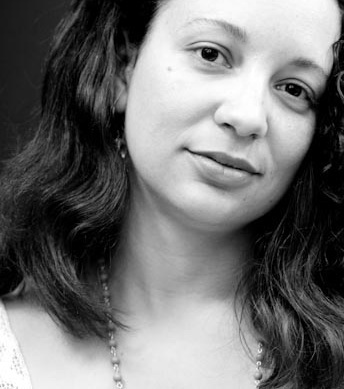 Chiyuma Elliott is currently a Wallace Stegner Fellow in Poetry at Stanford University (2011-13) and a Visiting Scholar in English at the University of California, Berkeley. Her poems have appeared in the African American Review, Callaloo, The Collagist, the Langston Hughes Review, MARGIE, the Notre Dame Review, and Torch, and her poem cycle on Satchel Paige has been performed by the Word for Word Performing Arts Company. She has received fellowships from the American Philosophical Society, Cave Canem, and the Mellon Foundation. In 2012, she won the Outstanding Dissertation Award from the University of Texas at Austin for Blackness and Rural Modernity in the 1920s. Chiyuma is currently at work on two poetry chapbooks: a collection on Faulkner and African American poetry (co-edited with Derrick Harriell), and a collaboration with photographer Sara Gamble titled Here It Is.

Ph.D. in American Studies, The University of Texas at Austin (2011)

“Still Life With Hands, Wishes and Plate,” and “Things I Know Like the Back of My Hands” (forthcoming). White Space Poetry Anthology (2013).

“Lilies.”  Another and Another: An Anthology from The Grind Daily Writing Series, Matthew Olzmann and Ross White, eds. (Durham, NC: Bull City P, 2012).