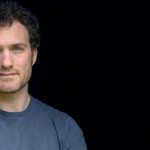 Josh Weil was born in the Appalachian Mountains of rural Virginia to which he returned to write the novellas in his first book, The New Valley.

A New York Times Editors Choice, The New Valley won the Sue Kaufman Prize for First Fiction from The American Academy of Arts and Letters; the New Writers Award from the GLCA; a “5 Under 35” Award from the National Book Foundation; and was shortlisted for the Library of Virginia’s literary award in fiction.  Weil’s other fiction has appeared in such publications asGranta, One Story and Agni, and he has written non-fiction for The New York Times, Oxford American, and Poets & Writers.  The recipient of fellowships and awards from the Fulbright Foundation, the Dana Foundation, the Bread Loaf and Sewanee Writers’ Conferences, the James Merrill House, and the MacDowell Colony, he has taught at Bowling Green State University as the Distinguished Visiting Writer and been the Tickner Writer-in-Residence at Gilman School.

Currently living and teaching in Oxford, MS, as the University of Mississippi’s John & Rene Grisham Emerging Southern Writer 2011-2012, he is at work on a novel.